The first statute in which the term "Popish Recusants" is used is 35 Eliz. c. 2, "An Act for restraining Popish Recusants to some certain place of abode", which was passed in 1593. The statute defines a recusant as one "Convicted for not repairing to some Church, Chapel, or usual place of Common Prayer to hear Divine Sevice there, but forbearing the same contrary to the tenor of the laws and statutes heretofore made and provided in that behalf". The Recusancy Acts are: 1 Eliz. c. 2, 23 Eliz. c. 1, 29 Eliz. c. 6, 35 Eliz. c. 2, 3 Jac. I. c. 5, 7 Jac. I. c. 6, and 3 Car. I. c. 2. But several statutes declare that other offenses shall be deemed acts of recusancy, and that those convicted of them shall be deemed "popish recusants convict".

As time went on there were other recusants who were not Catholics, but who for one reason or another refrained from attending the Church of England services. This fact must be remembered in dealing with the Recusancy lists, though, of course, far the larger number of recusants were Catholics. The number of recusants was very great, as may be seen by one instance adduced by J.S. Hansom in his preface to the list of convicted recusants in the reign of Charles II, where on one day (24 Feb., 1690) the names of 1755 recusants were presented in the single town of Thirsk. The recusancy laws were in force from the reign of Elizabeth to that of George III, though they were not always put into execution with equal vigour. Lists of recusants for various counties exist in the Pipe Rolls preserved in the Record Office, Longon. Others are to be found in the British Museum, Bodleian Library, and in various local archives. Source

ARRESTED as a priest in February 1582 in St. Paul's Churchyard, he was confined in the Tower, where he was robbed of all his money, and suffered much from the hardships of his imprisonment, and from a lingering disease that he had contracted in Italy. On February 7, 1583, he was sentenced to death for having been 'made priest by the Pope's authority beyond the seas. He attributed this happy event to the prayers of St. Dorothy, Virgin and Martyr, whose day it was, and he marked it in the Calendar of his Breviary, which he left to Dr. Creagh, Archbishop of Armagh, then a prisoner in the Tower (see also Last Years). But to his sorrow he heard that the Queen had changed her mind, and that he was not to suffer. His Confessor, however, a man of great experience, encouraged him by the assurance that these rumours were industriously spread abroad only to represent the Queen as averse from these cruelties, and to remove any odium from her, as if they were extorted from her against her inclinations. The falseness of the Queen's reported leniency was proved by the event. Father Haydock, without a sign of any pardon, was hung at Tyburn, and the whole butchery performed February 12, 1584.

"They spoke indeed peacefully to me : and speaking in anger of the earth they devised guilt."—Ps. xxxiv. 20.


HE was the son of Verran Haydock, the representative of an ancient Catholic family of Cottam Hall, Lancashire; his mother, a Westby of Westby, York. 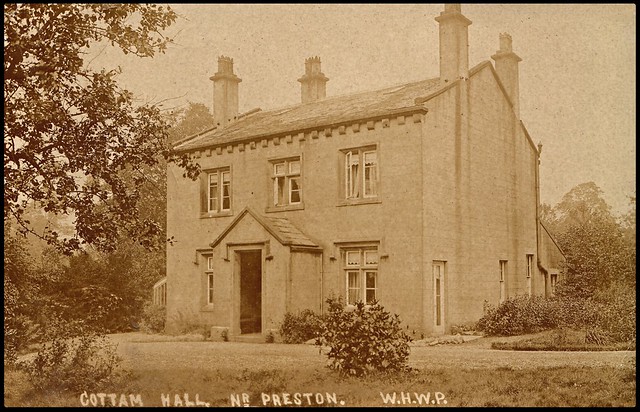 When on her deathbed, to console her sorrowing husband, she pointed, with the infant George in her arms, to the motto embroidered at the foot of the bed, " Tristitia vestra in gaudium vertetur." But the joy prophesied was not to be of this world. The widowed husband, seeing how persecution was ravaging the Church in England, to offer some reparation made over his property to his son William, and went over to Douay with the two others, Richard and George, all three to be trained for the priesthood. The father became procurator of the Douay College in England, and filled the office with great success. Richard after varied missionary work died in Rome, and George returned to England as a priest in February 1581, and was betrayed on arriving by an old tenant of his father's who had apostatised. His aged father on the previous All Souls' Eve, when about to say the accustomed midnight Mass, seemed to see his son's severed head above the altar, and to hear the words," Tristitia vestra, &c," and, swooning away, gave back his soul to God to find his sorrow turned to joy.

"Your sorrow shall be turned into joy."— JOHN xvi. 20. This was also the Haydock family motto.